A new engine test featuring the new shattering has been uploaded to
http://gamejolt.com/games/shooter/critical-annihilation/36594/

The previous version will stay up as well for now until the current one is completely stable. 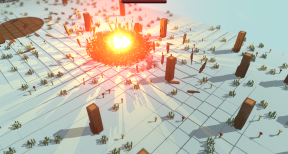